$4.95 Shipping With 2 Bottle Purchase - FREE Shipping For Orders of 3+ Tequila holds a rich cultural history, tracing all the way back to the Aztec civilization in 1000 B.C. What was called pulque and made from the fermented juice of the roasted agaves, over the centuries tequila has transformed into an elevated, artisanal spirit that millions all over the world enjoy.

But it wasn’t until after the Spanish invasion in the 1500s that the distillation process and the controlled production of tequila began to slowly take shape. The conquistadors began applying their knowledge of distilling to pulque, which became mezcal. Eventually, large-scale distilleries were built in Jalisco, and what we now call tequila is simply a more refined and controlled subset of mezcal that must be made in this region, and only from Blue Agave Weber, to be labeled Tequila.

Because of this recent history, commercial production, and popularity of this spirit, many tequila brands have Spanish names and designs that speak more to the Spanish conquests and culture.

However, in crafting and designing PaQuí, we wanted a spirit that was not only a celebration of the beautiful aromas and flavors of the blue agave fruit, but also paid homage to the rich Mexican cultural heritage in design and concept. 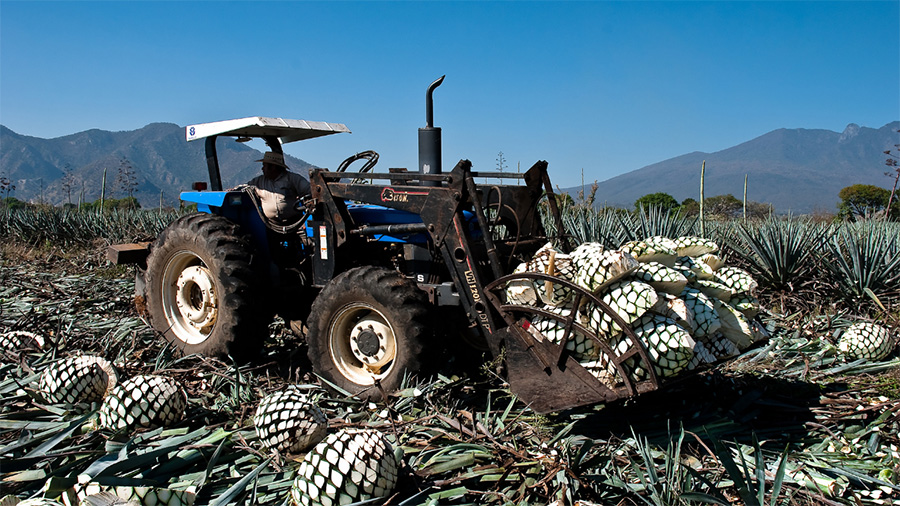 Tequila is one of the most diverse and historically significant spirits of this time. Not only is it North America’s oldest distilled spirit, but it is intrinsically important to Mexican culture and heritage.

Pulque, a milky liquid made from agave and the first iteration of tequila, was sacred in Aztec culture and often linked with feasting and ritual ceremonies. In fact, one of the most famous murals of a pulque drinking ceremony is recorded at the pyramid of Cholula in Central Mexico (see first image).

In general, blue agave is a very important plant in the history, commerce, and culture of Mexico, with tequila the heart and soul of the country. As it gained national prominence, the Mexican government officially declared tequila as the intellectual property of Mexico in 1974 and made tequila a protected appellation like Scotch Whiskey and Cognac.

“The PaQuí liquid offers a new Tequila experience because the brand captures the emotion behind Tequila: Mexican culture, a sense of old-world craftsmanship and quality, and a sense of enjoyment, sociability and fun.”
– Founder, John Chappell

As an artisanal tequila that’s dedicated to celebrating the spirit’s Mexican heritage, PaQuí aims to bring the drinking experience to a different level. Unlike other major mass brands, every element of PaQuí has been carefully considered to pay tribute to its origins - from the name and logo, to the design of the bottle itself. As part of a great cultural legacy, PaQuí aims to pay homage to tequila’s traditional roots, while creating a spirit that is refined, smooth, and delicious.